Andrew Musgrave secured the best Winter Olympics result by a British cross-country skier with seventh as Norway claimed a clean sweep of the 30-kilometres skiathlon podium on day two in Pyeongchang.

The 27-year-old Scot, at his third Olympics, was behind only Kruger, who had a clear lead, as the skiers entered the stadium for the final time, with 3.75km remaining.

Musgrave finished 25.7 seconds behind Kruger. “It’s a decent result but I’m not at the Olympics to come seventh. I’m here to fight for a win,” Musgrave said.

At 17 years and 227 days, Gerard became the second youngest male athlete to win an individual gold medal at a Winter Games, after Finnish ski jumper Toni Nieminen in 1992. He scored 87.16 on his third of three runs to claim America’s first medal of the Games.

“Just to land a run would have been funny to me and to get on the podium, but to get first is crazy,” Gerard said. “After I landed the second jump I was like, ‘Come on, don’t blow it on the last jump, let’s just make it through’. It feels awesome.” 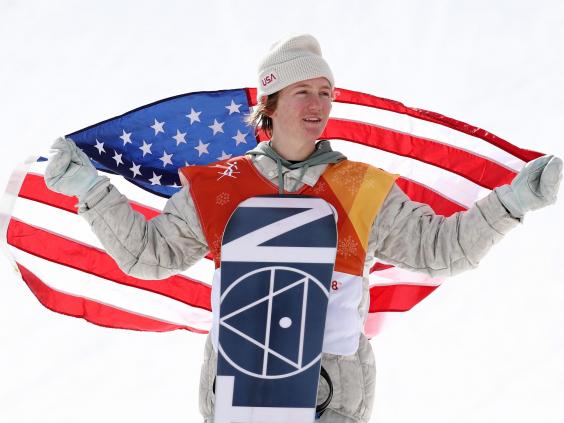 Max Parrot was second with 86.00 and fellow Canadian Mark McMorris third with 85.20 in an event which did not feature any Britons in the final after Jamie Nicholls, Billy Morgan and Rowan Coultas failed to advance on Saturday.

The women’s snowboard slopestyle competition was due to feature qualifying on Sunday, with the final on Monday, but the heats were cancelled due to high winds at Phoenix Snow Park on Sunday.

Now all 26 competitors, including Britain’s Aimee Fuller, will take part in a straight final on Monday. The blue riband men’s downhill event was also rescheduled due to 45mph gusts at Jeongseon Alpine Centre and will now take place on Thursday.

Kramer, 31, set a new Olympic record as he took the gold ahead of Canada’s Ted-Jan Bloemen with Norway’s Sverre Lunde Pedersen taking the bronze.