The U.S. Forest Service (USFS) is seeking questions, concerns and comments from the general public regarding a new proposal that would allow guided snowcat tours at Loveland Ski Area. The bid requests permission to introduce snowcat-accessed skiing in the upper reaches of the Dry Gulch area, which currently sits outside of the ski area boundary. Loveland’s pitch to include a guided snowcat experience would expand its territory by 210 acres adjacent to the northern edge of its present border.

“According to a press release sent out by the USFS and the United States Department of Agriculture (USDA), “the ski area estimates five to seven runs per trip, with total runs of 160-224 per day. Only one snowcat would be used for these trips. Avalanche mitigation would be achieved by hand tossed charges below the mountain ridgeline.” 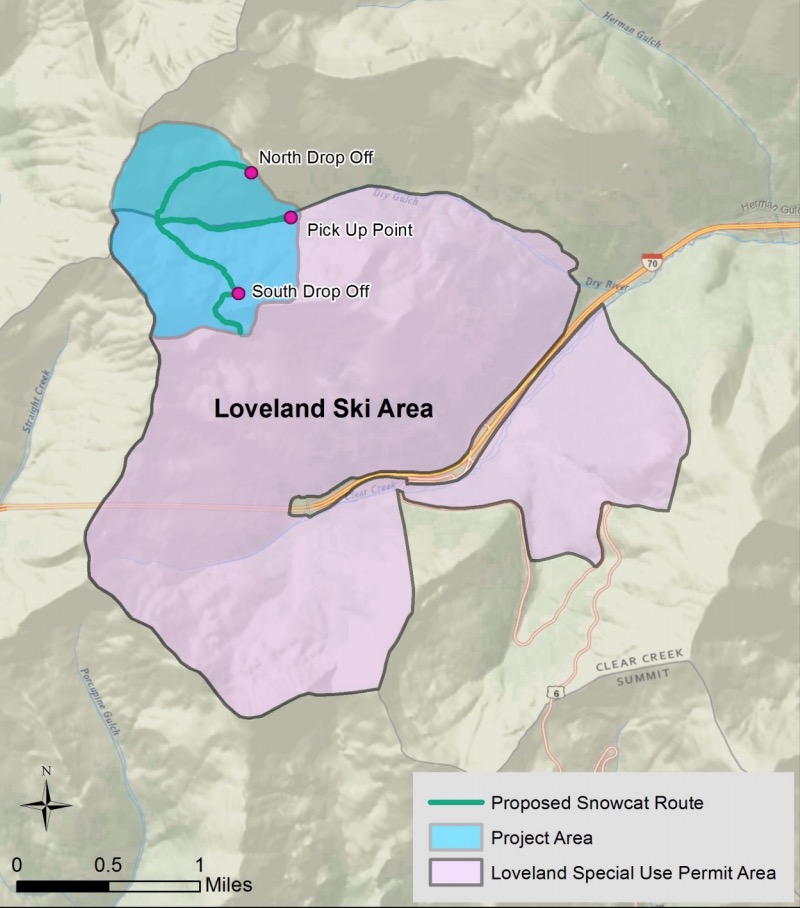 The purpose of this project is to provide additional recreational opportunities on USFS land around Loveland Pass, but the idea will certainly have pushback from advocates of natural resources and animal life. In a primary investigation by the Forest Service of resources in this area it was found that that “resources such as greenback cutthroat trout, Canada lynx and potential cultural sites” as potential causes for concern.