The first time they met, Chloe Kim was in awe. And why not? Kelly Clark was, after all, an Olympic gold medalist and one of best snowboarders in the world.

“My parents were, like, ‘Oh my gosh, you touched Kelly Clark’s jacket,’” Kim said of that day, nearly 10 years ago, in the lift line at Mammoth Mountain.

Kim said she felt like the luckiest girl in the world to get to ride up the chairlift with Clark.

These days, the friendship remains strong, and those rides to the top lead to much grander pursuits.

At 17, Kim is the favorite to win the Olympic halfpipe contest being held in South Korea, the country where her parents grew up. At 34 — yes, double Kim’s age — Clark has as good a chance as anyone to stop her.

The women’s halfpipe contest offers a stark illustration of what the changing of the guard looks like in an Olympic sport. Kim, the young phenom, trying to knock off Clark, her childhood hero, who may be the most meticulous rider in the game.

It might be precisely that — Clark’s attention to detail, her love of the journey as much as the goal — that drew her to the young kid from Southern California who always seemed to ride longer, jump higher and love it more than anyone else on the halfpipe.

“Chloe has one of the best work ethics I’ve ever seen,” Clark said. “She rides longer than anyone, takes more runs than anyone. For me, that’s been a core value to my snowboarding. Talent can get you only so far. It’s about putting in that hard work and extra effort that makes a difference.”

Clark has been putting in the work for decades. This will be her fifth Olympics, which makes her the only snowboarder to accomplish that feat.

She still views her gold medal in 2002 as more of the culmination of a dream season during which she hardly knew better, while giving more weight to the bronze medals she won in 2010 and 2014 — both coming off bad injuries that left her doubting whether she could make it down the pipe.

Last year, she went through hip surgery that left her in bed, virtually motionless, for weeks. She kept pushing forward, knowing a potential fifth trip to the Olympics was less than a year away.

“Sometimes,” Clark said, “you value things based on what they cost you.”

A look at the other events in snowboarding: 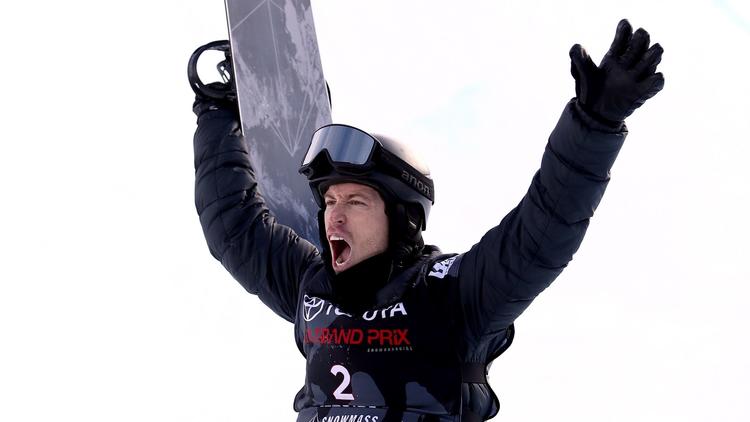 MEN’S HALFPIPE: Two-time Olympic champion Shaun White scored a perfect 100 in his run at Snowmass. Message: He’s the one to beat. But Japan’s Ayumu Hirano and Australia’s Scotty James will be in the mix, too. To win a gold medal, it will likely take back-to-back 1260-degree jumps, combined with at least one 1400-degree hit. The man who made the frontside double cork 1400 — the Yolo — famous, is the iPod, Iouri Podladtchikov, who has been hurting most of this season and would be the biggest wild card. He was hospitalized Jan. 28 after he crashed face-first into the snow while trying to complete a 1,260-degree flip at the Winter X Games in Aspen, Colo., and could miss the games.

SLOPESTYLE: Canada’s Mark McMorris is back to full health after breaking his jaw, arm, ribs and more during a backcountry filming accident. He and Max Parrot will contend for gold. Defending champion Sage Kotsenburg devoted himself to filming and the backcountry and will not be back. Americans Red Gerard and Chris Corning are in the mix. Everyone goes huge on these runs, so keep an eye on the intricate work on the rails, which could be the difference. And keep an eye on the defending champion, American Jamie Anderson, in the women’s contest.

BIG AIR: Younger, bigger, higher. That’s the Olympic motto when it comes to the action park. And so comes the debut of Big Air — a one-time jump off a ramp pitched at around 33 degrees and sending the snowboarders flying 70 to 80 feet down the hill. Triple corks will be the name of the game here for the men. Whoever has the coolest grabs and best landings will probably win. So far, the 17-year-old Gerard has been checking all those boxes. At the X Games last year, American Hailey Langland became the first woman to land a Cab double cork 1080. Fun fact: She had only started practicing it that day. Who knows what else is in store?

SNOWBOARDCROSS: The most consistent rider in the world remains Lindsey Jacobellis, who at 32 is still seeking a perfect ending after so many star-crossed journeys to the Olympics. Australia’s Alex Pullin has two wins and a third place this season. American Alex Diebold worked as a wax tech before winning his bronze medal four years ago.

PARALLEL GIANT SLALOM: The key question in this less-snowboardy race down the mountain is how many Russians will be allowed to compete. There are three in the top 11 in the women’s standings and four in the top 10 of the men’s. Included in both lists are Vic Wild and Alena Zavarzina, the husband-and-wife pair who captured medals, and hearts, at the Sochi Games. 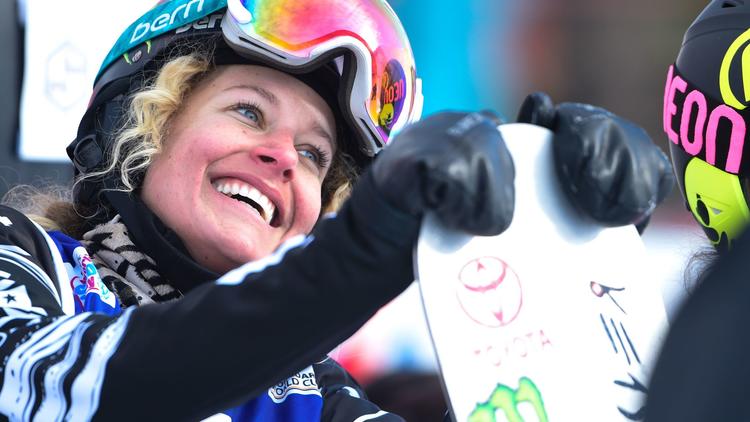 Shaun White: The 2006 and 2010 men’s halfpipe Olympic gold medalist from San Diego qualified for his fourth trip to the games with a perfect 100 on his final run at the Toyota U.S. Grand Prix last month in Snowmass, Colo. White, 31, was hospitalized after a crash in September, needing 62 stitches after hitting his face on the lip of the halfpipe, but recovered to finish second among Americans at the Grand Prix at Copper Mountain in December.

Jamie Anderson: The South Lake Tahoe, Calif., native made history in Sochi when she became the first Olympic gold medalist in slopestyle and will look to do the same in big air’s debut at the games. Anderson, 27, the most decorated slopestyle athlete in Winter X Games history, placed second in the slopestyle final in the Dew Tour stop in Breckenridge, Colo., in December to solidify her Olympic spot.

Red Gerard: At just 17, the Westlake, Ohio, native has the chance to become the youngest American snowboarder to medal at the Winter Games. Competing in slopestyle and big air, he qualified for the team with a win at the Toyota U.S. Grand Prix in Snowmass, Colo., in January.

Chloe Kim: The Korean-American from Long Beach, Calif., won gold medals in halfpipe and slopestyle at the 2016 Winter Youth Olympic Games and, in February 2016, became the first woman to land back-to-back 1080s and score a perfect 100 in competition, accomplishing the feat in just her second World Cup event. Kim, 17, finished atop the 2017 FIS World Cup standings in halfpipe.

Lindsey Jacobellis: The Danbury, Conn., native has nine more career World Cup wins than anyone else in snowboardcross, as well as five world championships and 10 Winter X Games gold medals. Jacobellis, 32, is seeking her first gold after taking silver in Torino in 2006 — which came after a fall caused by an ill-timed grab at the end of the course — and finishing fifth and seventh, respectively, in 2010 and 2014.