The multi-talented 31-year-old American already has X-Games gold medals in both snowboarding and skateboarding and now appears likely to try to do the double at the Olympics as well.

Skateboarding’s elevation to Olympic status for the 2020 Tokyo Games has White strongly hinting he will swap the snow to have a crack on four wheels.

Winter Games A Win For South 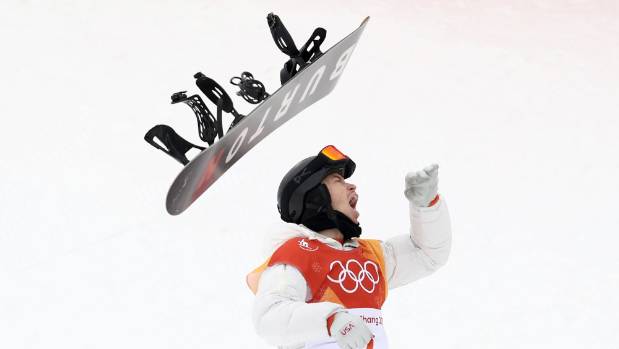 “You’d have to drag me to the mountain right now,” White told Men’s Health Magazine.

“Skateboarding seems so appealing. I would have quit snowboarding years ago if it wasn’t for skateboarding. What better than a two-year window to take a back seat to snowboarding to go skate and then be completely remotivated to keep snowboarding.”

The mention of a two-year window is a strong indication he plans to try to qualify in skateboarding for the Summer Games with Tokyo around the corner.

White has been a vertical ramp specialist in his skateboarding career so the park rather than street discipline looks better suited to his talents.

He has been busy practicing on his skateboard and putting up plenty of social media posts in the last few weeks.

Warming up some old tricks! 3rd day on the board yesterday and it’s all starting to come back? pic.twitter.com/VVax0I8NWX

But while snowboarding is the main source of White’s fame and fortune, he was initially a skateboarder. He was just nine years old when he was signed up by Tony Hawk and was a professional skateboarder at 17 before he was an Olympic snowboarder.

White wouldn’t be the first athlete to compete in both seasons at an Olympic level.

More than 130 athletes have contested the Winter and Summer Games but only five have won medals in both.