Artificial slopes across England and Wales are set to offer free or heavily discounted activities to school and youth groups as part of National Schools Snowsport Week from 23rd – 29th April 2018.

Governing body Snowsport England has teamed up with headline sponsor Interski to launch the third in a series of series of successful events. 77 schools and 2353 young people took part in National Schools Snowsport Week 2017, more than double the amount of the previous year, and Snowsport England are confident this will rise again in 2018 following the exciting performances and inspiration of the 2018 Winter Olympics and Paralympics.

The third National Schools Snowsport Week will take place from Monday 23rd until Sunday 29th April 2018 and is aimed at giving pupils at primary and secondary schools, as well as sixth form colleges, the chance to try skiing or snowboarding. Some slopes, including the Snowdome Tamworth, are offering entirely free sessions, while others have availability from as little as £1.50 per person. Schools can find their closest slope and offers at: www.nssw.co.uk

National Schools Snowsport Week is supported by Winter Olympic ambassadors: British snowboarder Aimee Fuller, British Alpine and Delancey British Alpine Team skier Dave Ryding and Paralympic gold medalists Menna Fitzpatrick and Jen Kehoe, all of whom will join over 30 lucky students at a National Schools Snowsport Week launch event on April 16th at The Snowdome Tamworth.  The Students attending the event won the opportunity to meet their snowsport heroes by designing graphics for a pair of skis or a snowboard. The winning graphic was selected by Ski Sunday presenter Graham Bell who will also host the event. 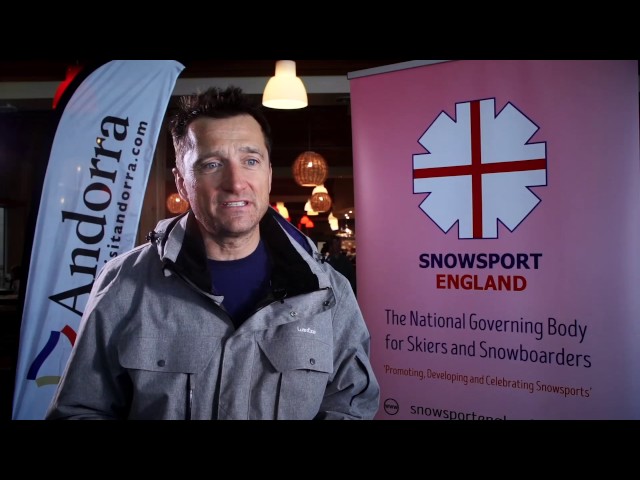 Luke Williams, Snowsport England initiative Leader said: “For some school children, National Schools Snowsport Week will be the first time they’ve been on skis or a snowboard. For others, it opens up the opportunity to develop their existing skills and try racing, freestyle or ski or snowboard cross. For everyone that takes part we aim for it to be an enriching experience, which not only brings people together but also helps build strength and define skills of balance and agility.”

Headline sponsor Interski offer award winning ski holidays with something to suit every taste and budget. Interski holidays are ideal for couples, families, groups or independent travellers and information on can now be found on the National Schools Snowsport Week website.

Following the announcement of the partnership with Interski, Snowsport England CEO Tim Fawke said: “We are delighted to be working with Interski as headline sponsor for National Schools Snowsport Week. They are the UK’s leading school ski trip provider and have been for over 30 years – providing the very best school ski trips available. We hope any students inspired by their experience on National Schools Snowsport Week will look to continue their involvement in skiing and snowboarding with Interski and beyond.”

Robert McIntosh, Managing Director of Interski is looking forward to the cooperation: “We’re really pleased to offer our support to the National Schools Snowsport Week as headline sponsor. It’s a fantastic initiative that offers the opportunity for thousands of young people to try a completely new sport, which, in many cases, would otherwise be unavailable to them. Making sure people gain an interest in Snowsports earlier in life offers benefits and opportunities not only to the individual, but also helps preserves the future of skiing and snowboarding.”