Freestyle skiing: Maggie Voisin back after a tough break

Freestyle skiing: Maggie Voisin back after a tough break

Maggie Voisin was determined. She was going to walk in the opening ceremony.

So, with her freshly broken ankle in a freshly fitted walking boot, she did — choking back the emotion from a day that could only be labeled as devastating.

Hours earlier, in a practice on the slopestyle course, the 15-year-old freeskier bailed out of a rail trick, then slammed into another rail, got her skis and boots tangled up and fractured her ankle.

“It definitely lit a fire under me for the last four years,” says Voisin, now 19 and still at the top of the slopestyle world. “It’s been a long road, but I remember in Sochi when I found out I broke it, I was, like, ‘I’ve got to make sure I do everything I possibly can to get back to the next one.’”

As she was then, Voisin will be a medal contender in the women’s slopestyle contest, which this year takes place Feb. 17 at the Bokwang Phoenix Park near Pyeongchang. As was the case then, American Devin Logan could be one of her biggest challengers. Also in the mix for gold are Tess Ledeux of France and Sarah Hoefflin of Switzerland, who beat out Voisin for the top spot at the most recent contest. 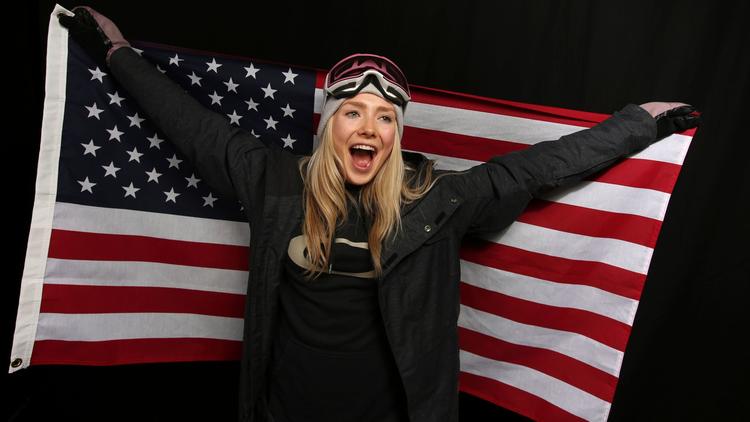 Voisin has already qualified for her second Olympics. Now, the goal is to compete in her first.

She also endured a season-ending knee injury shortly after coming back from the broken ankle. Voisin, of Whitefish, Mont., believes the setbacks and time in rehab have given her perspective that many teenagers wouldn’t have.

“There have been a lot of ups and downs, but I wouldn’t take any of it back,” she said. “It’s shaped me and I’ve learned a lot. I’ve learned to take care of my body, to be more serious about my workouts and what I put into my body. And with what I’ve learned at such a young age, I think I’ll have that much longer a career.”

A look at the other events in freestyle skiing:

HALFPIPE: Americans Maddie Bowman and David Wise are the defending champions. Wise spent the past four years working hard on his spins. He wants to pull off double corks in all four directions — front left, front right, switch (backward) left and switch right. If he pulls it off, he’ll be hard to beat. Torin Yater-Wallace fought through a near-death illness to get into contention for his second Olympic appearance. Canada’s Cassie Sharp won last month’s Dew Tour and the World Cup event in Snowmass.

MEN’S SLOPESTYLE: The Americans swept the podium at this event’s debut in Russia. The odds for a repeat aren’t as good. Though silver and bronze medalists Gus Kenworthy and Nick Goepper are clicking, the defending champion, Joss Christensen, has been dealing with injuries. Meanwhile, the rest of the world has raised its game. Switzerland has Andri Ragettli and Fabien Boesch, who pulled off triple corks on all three jumps on the Olympic course during a test event in 2016. Those triple corks are the price of admission to the medals podium.

AERIALS: China’s Xu Mengtao is the most consistent woman in the world. Kiley McKinnon is having the best season of the Americans, though Ashley Caldwell’s go-for-broke nature — she is one of the few women who consistently try triples — makes her one to watch. Anton Kushnir of Belarus is the defending champion and could win another on the men’s side. Maxim Burov of Russia is the world leader, while Jia Zongyang and Qi Guangpu of China finished 3-4 in Sochi and will be in the mix again. America’s Jon Lillis is the defending world champion and Mac Bohonnon, who finished fifth in Sochi, is planning on trying a “Hurricane,” named after the late, great American aerialist Jered “Speedy” Peterson.

SKICROSS: Is it all about the pants? Some folks sure thought so after the French, led by Jean-Frederic Chapuis, swept the medals. Canada and Slovenia protested, saying the French wore illegal pants during the contest, but since the appeal was filed after the deadline — well, we’ll never know. Chapuis is ranked second in the world this winter. On the women’s side, Switzerland’s Fanny Smith has a knack for making finals and will likely be in this one. 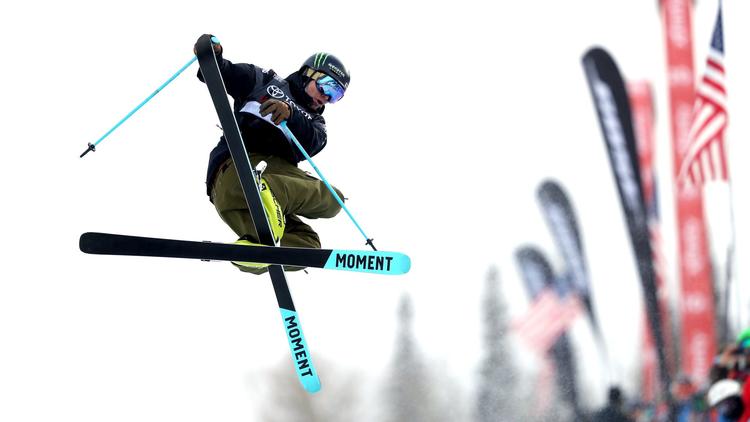 Maddie Bowman: The South Lake Tahoe, Calif., native won gold in halfpipe’s debut at the Sochi Games. Bowman, 24, is a favorite to repeat after winning four X Games medals, including two golds, since 2014 and finishing fifth at the 2017 world championships.

Morgan Schild: The Rochester, N.Y., native qualified for her first Olympics in moguls after two third-place finishes at a World Cup event in Park City, Utah. Schild, 20, was the FIS World Cup Rookie of the Year for the 2014-15 season but tore her ACL in March while training for the junior world championships and missed 22 months. Nicknamed “Warpaint,” she earned her second career World Cup victory in 2017.

David Wise: In Sochi, the Reno, Nev., native became the first Olympic gold medalist in men’s halfpipe skiing. Wise, 27, the 2013 world champion who won his first national title when he was just 15 years old, earned a trip to his second Olympics with a victory at the Toyota U.S. Grand Prix at Snowmass, Colo., the fourth of five qualifying events.

Maggie Voisin: The Whitefish, Mont., native qualified for the 2014 Winter Games at age 15, becoming the youngest skier to be named to the U.S. Olympic team since 1972, but suffered a broken ankle during training and was unable to compete. Voisin, now 19, finished second in slopestyle at the Toyota U.S. Grand Prix stop at Snowmass to qualify and could become the youngest Olympic champion in a freestyle skiing event.

Kiley McKinnon: After nearly a decade in competitive gymnastics, the New Haven, Conn., native qualified for her first Olympics with her first career World Cup win Jan. 6 in Moscow. McKinnon, 22, who won the 2014-15 World Cup overall title, was introduced to aerials in 2010 by 2014 Olympian Mac Bohonnon, an elementary school classmate.

Olympic Skier Bode Miller on Analyzing the Games, Where He Keeps His Medals and Which Skiers to Watch this Year