“I sure miss the fox,” Gary commented during a slow time as three of us jigged for lake trout on Jackson Lake at the base of Mount Moran in Grand Teton National Park last week. The fox that had harassed us a year ago had become too aggressive for visitors, so the park rangers had sent it to the happy hunting grounds.

A lone Bald eagle came by but did not try to steal any of the few fish we had caught. It did land in a tree and watched while Wayne caught a couple of lakers before it left to check a fisherman; our only neighbor about a half mile away.

The three of us started fishing Jackson Lake a year ago when we decided the Ririe Reservoir ice has become unsafe while the Wyoming ice is still two to three feet deep. Wayne, a retired US Forest Service employee who had lived and worked in Jackson, Wyoming, since the 1970’s is our expert on what we need to do to catch these fish.

Is it safe to be out ice fishing this time of year?

Be patient and smart with ice fishing 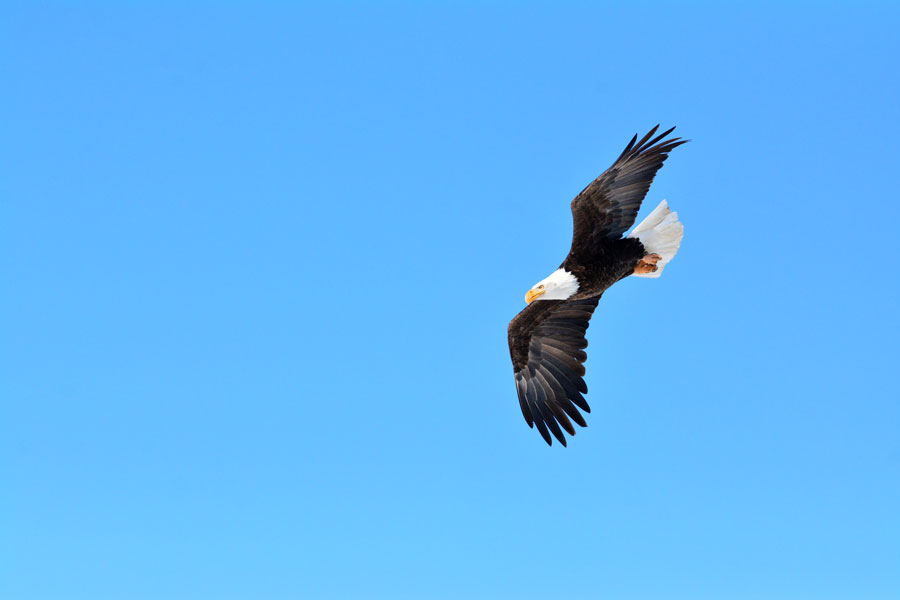 Every experienced fisherman has a favorite place, favorite lures and favorite systems and Wayne was no different. A lover of hiking, Wayne’s favorite way to get to the fish is to strap on a pair of snowshoes; hike a half mile pulling a sled full of gear; drill enough holes to find the 30 to 35 foot depth of water and fish within a foot of the bottom.

The rig that appears to be the most productive is ¼ ounce glow chartreuse or blue jig tipped with a sculpin or minnow fished within a foot of the bottom. A good reel loaded with good 12 pound line “in case a big one comes along” with a stiff rod is desired.

Since our two trips this year have included other appointments before the fishing, we have started fishing in “the worst time of the day,” 11 a.m. to 3 p.m. Both days have been very productive late in the afternoon with our biggest fish between two to three pounds. 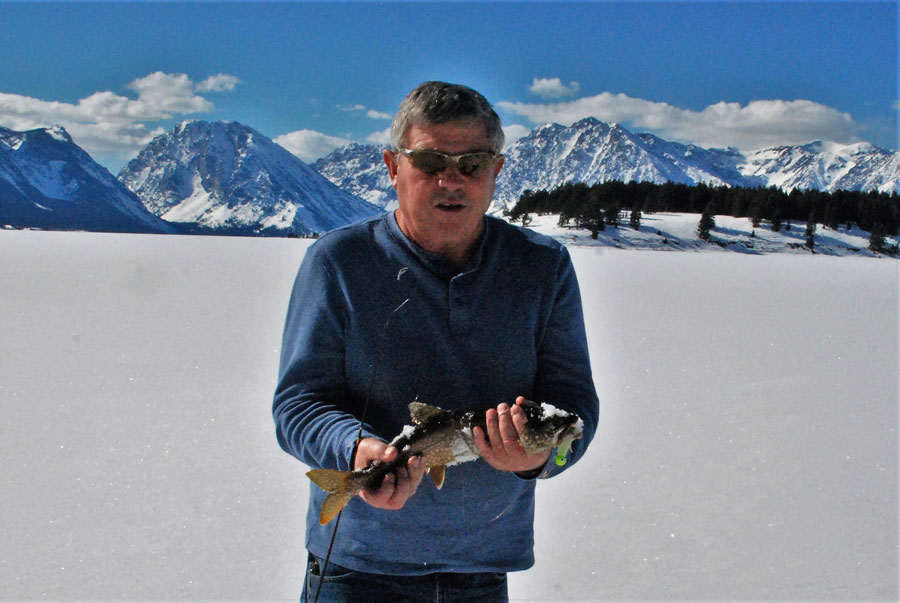 The mouths of the lake trout or mackinaw appear to be very hard, so a very sharp hook and a hard set is necessary to get a solid hook-up. As a preferred kokanee fisherman, my setting technics have caused me to lose countless macks by being too soft on the set. My fishfinder always shows a smiling fish dropping back to the bottom after it becomes unbuttoned.

Unlike Ririe Reservoir where we fish arm-pit to arm-pit with twenty other fishermen this season, the closest fisherman to us on Jackson has been at least a half mile away. That is okay as the three of us are not “grumpy old men” and sometimes the only conversation we have for an hour is “got one” or “I need help.” 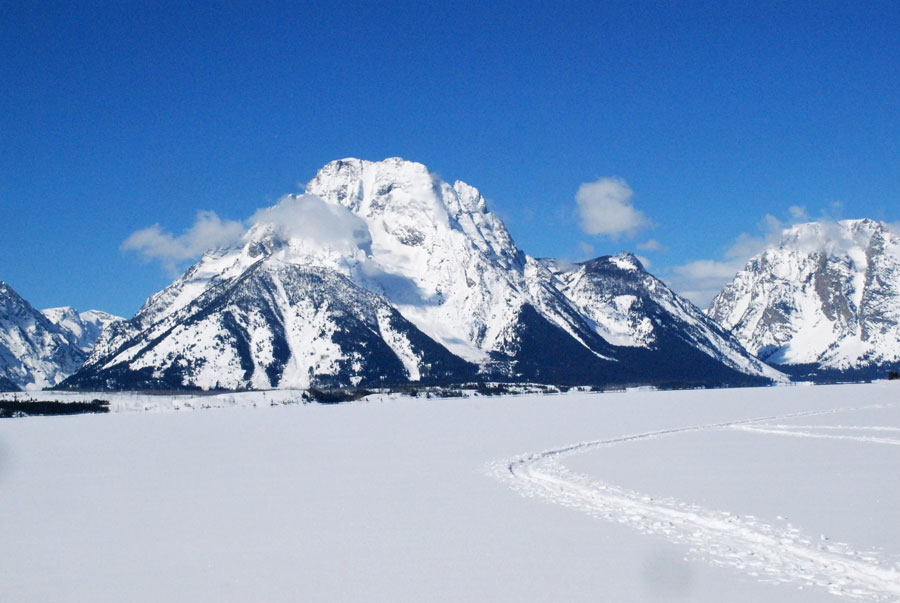 Even when the fishing is slow, the experience is worth the effort to get there. People travel from all over the world to see the mountains of Jackson Hole and we enjoy that beauty between fighting the fish and an occasional nap as the sun paints our faces a beautiful brown.

Try it and you might like it but don’t take an expert like Wayne with you. Gary and I have yet to out fish him; he probably has not shared all his secrets with us. In the meantime we are thankful for every invite we get from him. 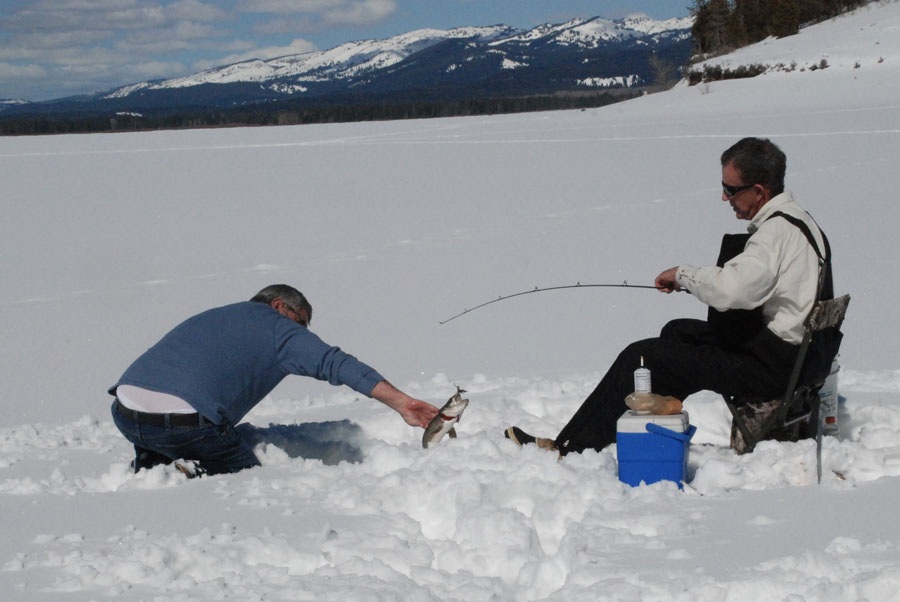